The 12 most common mistakes when importing from China

This is not a complete list of all mistakes, so I do recommend that you additionally have a look at my beginners guide to importing from China over here.  Now without further ado, let’s jump into the content.

Disclaimer: Some of the products may contain an affiliate link and we may make a commission if you click on it at no additional costs to you.

Common Mistake No.1 – Not being aware of regulations

When you order a specific product it is very likely that your product falls under certain regulations and compliance laws. For example, a Bluetooth or MP3/4 speaker needs to have a Bluetooth license and a Sisvel license. This should be paid for by the customer (you). But most importantly you have regulations and laws that specify what your product has to meet in terms of product compliance. I’ve created a complete guide to import regulations over here.

In most cases the supplier will not include these costs into the product and will probably not remind you about them either. You can check with your inspection company what requirements and certifications your products need to comply with the law. If you are already working with an inspection company, then they usually provide this information for free.

In any case, make sure you check this or your products might be held up at customs and it is too late at this stage as a new product certification may take weeks. In which you will incur storage costs from customs. But in many cases if you can’t supply the relevant certificate within a few days, customs may seize/destroy your shipment.

Common Mistake No.2 – not having clear instructions to your supplier

I often kicked myself for not being thorough enough on orders in the past. At the beginning of my career I made a lot of mistakes or didn’t follow through with processes and then they often backfired.

Make sure that you state your specifications and requirements to the supplier in emails and orders. Ask him to confirm if he understood exactly what you need.

Common Mistake No.3 – Not monitoring your order

This is VITAL. You cannot just place the order and sit back and relax. Make sure you keep in communication with the supplier. It doesn’t need to be on a daily basis but it wouldn’t hurt to check on the status once a week, especially if you are in the process of arranging the inspection or shipment date with your inspection company/logistics provider.

Unfortunately, the suppliers get a lot of orders so some smaller orders may be given less priority. Keep reminding him of the deadlines that you have set out. It is common that a few parts of the order, such as the shipping mark on the export carton, packaging, etc., are discussed AFTER order placement.

It wouldn’t make much sense to flood the supplier at order placement with all information, but the essentials need to be covered. Essentials are mentioned

Make yourself a CHECKLIST for the order follow up. Here is an example of how to properly place your order to factories. Mark things complete or chase the supplier when things are dangling in the air.

Common Mistake No.4 – Not having agreements

Many first timers forget that there could be a delay or a problem during production. Or perhaps you have a planned promotion or you promised a specific delivery day to your client.

So I strongly recommend that you HAVE A PURCHASE ORDER TERM or separate buying agreement. This might come in handy if you have a delay and you need to air-ship your goods to meet your deadlines.

Make sure your supplier signs this agreement or you won’t have any claims to a dispute. In general I would like to have 4 things in my agreement or contracts:

Common Mistake No.5 – not having an inspection

Even though this is number 5 on our list, in my opinion this is the most common and probably most costly mistake when it comes to importing from China. I really can’t stress this enough.

There are many inspection companies in China (or elsewhere) that can inspect your goods before they get shipped out. Many so called experts will tell you that you don’t need an inspection and just ask the supplier to take a few photos or videos. Do you really believe that the supplier will show any defects in videos?

Therefore you need a third party inspection company that inspects your goods during the final production phase. This is called a PSI or Pre Shipment Inspection. Normally you would tell the supplier in advance when you place the order that you’ll send an inspection team at your cost. The supplier will then give you a date where you can send an inspector. The inspector will then go on that specified date and inspect the goods for you. You can book inspections conveniently online these days. I use QIMA as my preferred choice.

Again, inspections are a must. Yes, they cost money but imagine you won’t have an inspection, goods arrive at your warehouse and you find out something is awfully wrong. At this state its too late. You can’t send goods back and your supplier won’t give you any help.

It all starts with having the right supplier. What do I mean by that? It means that you will want to have a supplier who:

I have created an in-depth post on how you can verify a supplier over here.

So why is this important? You need to know that factory workers usually do not get annual leave. Yes, you heard that correctly. So factories instead give their workers 3-4 weeks of holidays during that period. Which means the entire production is shut. The official period is actually only 4-5 working days but again, factories use this period to give their workers off for a longer time.

That means workers are gone for 3-4 weeks. Office staff may return within a few days, but the production is halted. What’s worse, when the Chinese New Year is over, many workers do not return. They may have found a better opportunity elsewhere or stayed in their province.

So what’s happening there? The factory is closed for 3-4 weeks. Some factories have up to 70% of their workers not returning. New orders piled up, old orders where not fulfilled. New workers have to be hired and trained. A bottleneck at its worst.

So what can you do in this situation? Not much, other than plan well ahead of time. Meaning you need to order a larger quantity latests by October that will last you until April/May. Because April may the most realistic date a new order can be shipped out for you if you missed to order by October.

What I mean by that is not exactly having the perfect product but not choosing the wrong one in terms of:

Common Mistake No.9 – Not verifying the supplier

Don’t just blindly trust a supplier because he has a “Gold Supplier” badge on Alibaba. Do your proper research. That could take weeks. I guide you trough all pitfalls of how to verify a supplier in this blog post here.

Common Mistake No.10 – Rushing your order

Simply because you need to meet a deadline or want to have your items for a specific sales period (like Christmas) in stock, doesn’t mean you need to rush it or rush your supplier.

It’s like with anything in the real world. If you rush something you make mistakes. You may forget important details during the order process. Or you may forget to specify some terms or conditions for your order. Take your time and don’t rush things. Better to miss a sales period than having to suffer the consequences of rushing your production.

Common Mistake No.10 – Not comparing suppliers/Products

I like to compare apples with apples. Which also means if I start an inquiry for a new product or a supplier I will reach out to a minimum of 10 suppliers. I gurantee that out of these 10 suppliers 5 only send you answers to half of your questions. 2 will just send you a price without any details, 2 will not respond at all and you will have maybe 6 suppliers where you’ll continue the conversation.

Make sure that each supplier offers exactly according to your specifications. So that you can really compare apples with apples. Use 1 format of quotation sheets to your supplier that all of them can fill in so you really have an overview that is as convenient as possible to you.

Lastly, make sure all the offers are really the same (or at least similar) offer to what you want. E.g. are they all using the same material, are there some extra offered from others? Is the minimum order quantity according to your needs? Do they have the certification that you need? And so on and so forth…

A lot of buyers who buy in China for the first time think that it’s like walking into a tailor shop where you can simply leave your demands and the tailor will fit all your needs. Thats very far from the truth.

For example an unrealistic expectations is when you have a very small order quantity (e.g. 100-200 pieces) but you want a specific color, packaging, custom logo, other customs things etc. Most suppliers won’t be able to acommodate you. Keep in mind normal order quantities are 1000 pieces up per unit. Suppliers need to purchase raw material accordingly and can’t accomodate orders that are 100 units large but they need to order raw material from their sub-supplier for a 1000 units.

Or believing that if you ordered 500 pieces before and now order 1000 pieces that your buying price will drop 50% – this is peanuts for suppliers… most larger companies order 10’s of thousands of units only to get cents as a discount. So if you paid for example $5 on your last order for a product and double the quantity now, don’t expect to pay $2.5. Most likely you’ll get maybe 5 cents discount or no discount at all because raw material prices or labor costs have increased since your last order.

Common Mistake No.12 – Not having an insurance on your shipment

Always ask your freight forwarder to insure your shipment. This is very easy and any freight forwarder or courier (like DHL) should be able to do that. What’s best about it is that it only costs you a fraction of your order value. In most cases less than 1%. So if you have for example an order that has a value of $1000, your cost for insurance is likely to be less than $10. Makes a lot of sense in my opinion.

As I mentioned in the beginning, this is an extensive list of common mistakes when importing from China, but far from complete.

I recommend that you head on over to the blog sections I pointed out, like how to verify a supplier or regulations on imports. With that in mind you should be able to safely import from China on your first run. After that it becomes routine and you’ll know what you have to pay attention to.

I hope above helps. If you enjoyed this post, feel free to share it on Social Media 🙂

There is More To Explore 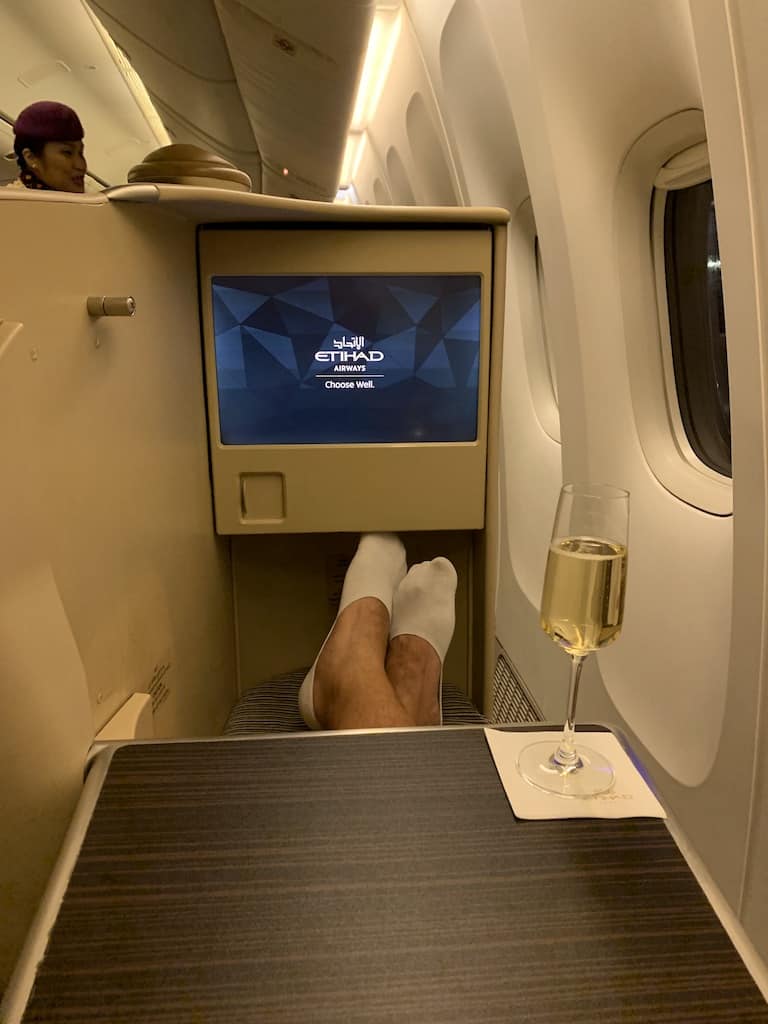 Am I rich yet?

Here’s a 2021 update to my entrepreneurial story. 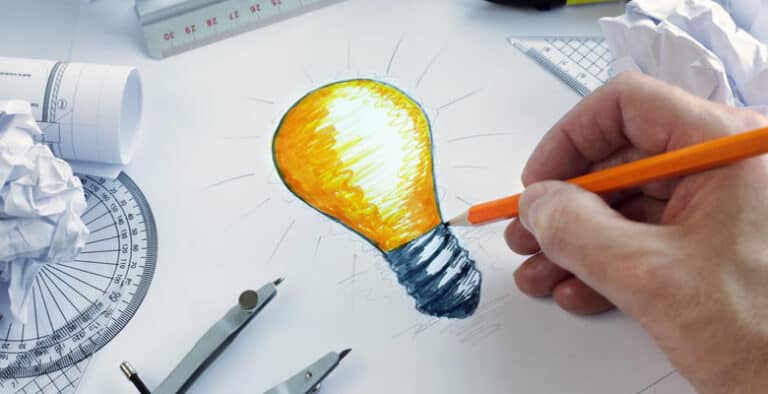 WAIT! Let me show you a way to build your own 6 figure ECommerce Business

Enter your details below so you get in on the free training: